The ancient ritual of Pir-e Shaliar is held annually at Uramantakht Village, Kurdestan province, during Jan. 21-Feb. 19. The region's people call this ritual "Wedding of Pir-e Shaliar".
Although this ritual is referred to as a wedding, in essence it is a traditional ceremony during which people pray to God. In this village, the roof of a house is a courtyard for the house built above it. The unique architecture of this village catches the attention of any visitor. Some historians believe the term 'Uraman' or 'Houraman' consists of two parts:' Houra' meaning 'Ahura' and 'Man' meaning house. Hence, Uraman actually means the land of Ahura Mazda. The Pir-e Shaliar ritual marks the wedding anniversary of a mythical old man (Pir) called Shaliar, which is rooted in mythology and ancient ceremonies of the villagers.
The ritual starts on Tuesday night with the distribution of walnuts from Pir-e Shaliar Garden among the villagers. Then cow, sheep and goat are sacrificed and slaughtered to cook special food. The villagers play the tambourine, perform mystic dances, recite prayers, pass the leather shoes of Pir-e Shaliar to each other and cook a special bread called 'Kalireh Mozhgeh' (made of flour, walnuts and onions) for three days. 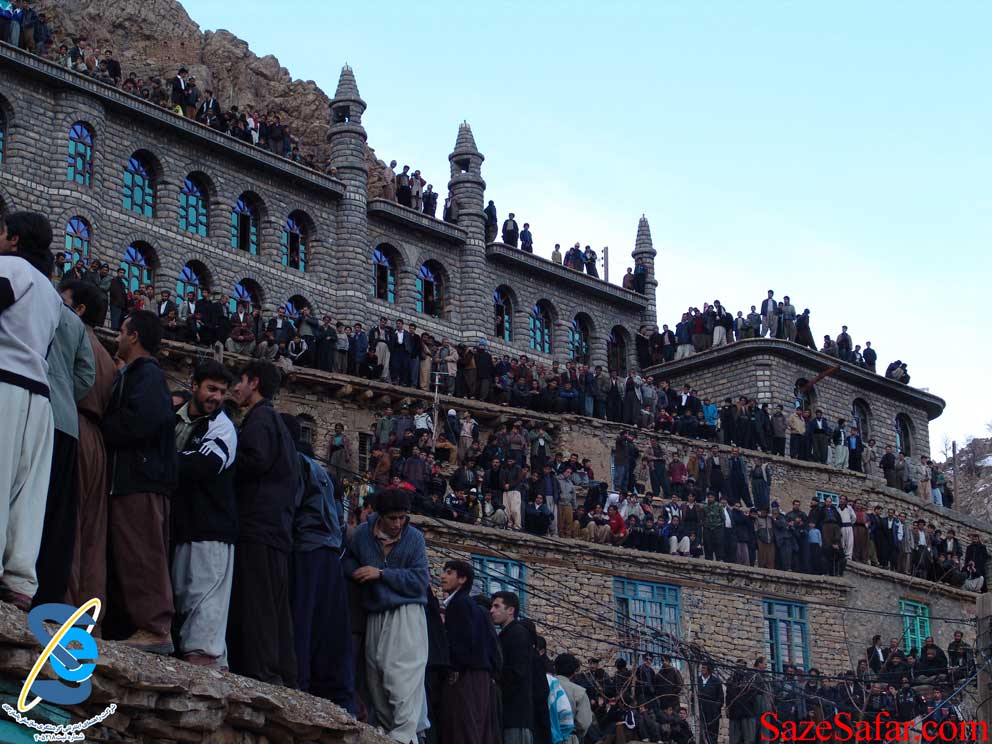 Every year, a large number of sheep are slaughtered on Wednesday morning. The livestock are sent to the custodian in late autumn by some residents of the village who keeps them until winter and then sacrifices them on the day of the ritual.
At times 70 to 80 sheep are sacrificed. After the lamb is distributed among the residents of the village, people make a special soup called 'Veloshin'. This special soup is divided among the local people and other people who have come to the region on Wednesday after 4 p.m.
On Thursday evening, people perform mystical dances in groups and play the tambourine. The people in charge of the religious ritual belong to the region's tribes. These people divide the task of holding the ritual among themselves and each tribe does its own job during the festivities. The ritual continues until Friday and before Friday prayers. On Friday morning, people gather in Pir-e Shaliar Mausoleum and after reciting group prayers, go to the mosque. In this day they eat bread with yoghurt because they believe it is Consecration and useful for Diseases. 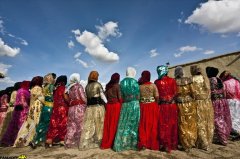 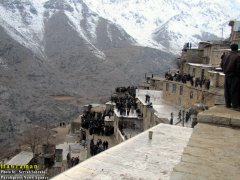 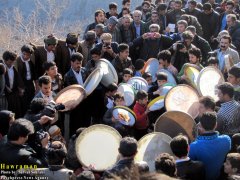 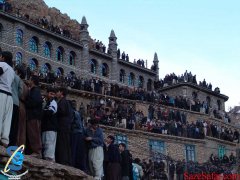 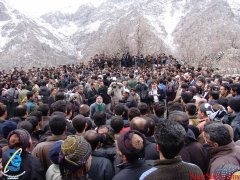 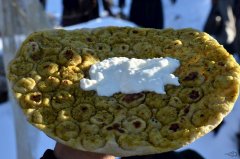