The highlight of Persia
In Glories of Persia we will visit a collection of beauties of cities such as Tehran, Shiraz, Kerman, Yazd, and Isfahan. You will make a glorious time during this unique and unforgettable trip. 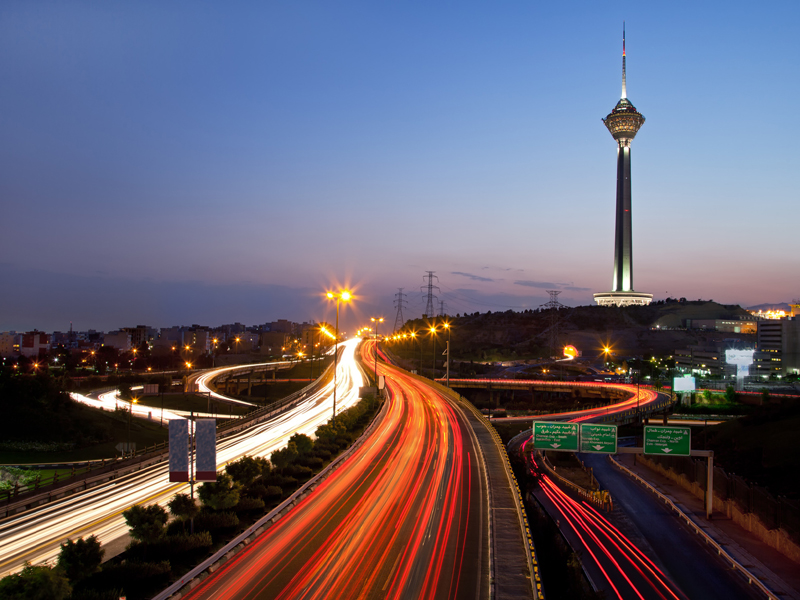 Day 1: Arriving Tehran
Upon your pre-dawn arrival in Tehran airport, you will be cordially received by our representative carrying our logo show card (transfer information) that will direct and transfer you to your hotel. You will have time to rest and relax before our tour of Tehran commences. Tehran, a modern megalopolis, prides itself in having unique museums with immense and unrivaled collections and artifacts dating from the earliest onset of history to the present era.
Our tour begins with a trip to the Archeological Museum, one of the rare places in the world where we will have the special opportunity to visit and experience the “evolution of mankind” through the marvelous display of historical relics.
Afterwards, we will visit a world of jewels in a priceless Crown Jewels Museum one of which is one of the two greatest diamonds, Darya-e-Noor (the sea of light).
At the end of the day, we will get a chance to see a variety of Persian hand-woven carpets and rugs in the Carpet Museum which houses more than 100 spectacular pieces from all over Iran. On top of that, we will also be given an insight into the history of these carpets.
Then we leave the hotel for a tasty Iranian lunch in a traditional restaurant. Stay overnight in Tehran

Day 2: visiting Tehran, fly to Shiraz
A morning visit to Sa'ad Abad Complex with an immense area of 1,100,000 square meters and 18 magnificent historical palaces (2 of which we will visit). This palace was built by Pahlavi dynasty and it will undoubtedly leave a lasting impression on us. And our Tehran excursion will end at the Ceramic Museum where we will be able to witness its construction with glorious ancient archaeology. Then we leave the hotel for a tasty Iranian lunch in a traditional restaurant. Afterwards we will transfer to the airport for the flight to Shiraz. On the way to transfer to hotel we will pay a visit to Shah e Cheragh. This is one of the most beautiful shrines in Iran which its beautiful dome, wonderful lighting and Mirror-work impressed you. Stay overnight in Shiraz.

Day 3: Visiting Shiraz
Shiraz has a reputation as an enlightened city that has been at the center of Persian culture for more than 2,000 years, and was at one time the country's capital.
Shiraz is crowned as the heartland of Persian culture and this city of sophistication will never fail to conjure up images of roses and nightingales, gardens and poetry. Early in the morning, relish in the highlights of Shiraz when it was the capital of Iran during the Zand Dynasty. Be inspired by the glorious Karim Khan palace, the splendid Vakil mosque, Vakil Bazaar and Saray-e-moshir with its splendid architecture and interesting ethnic souvenir shops, Nasir Almolk mosque.  Next, we will stop for a mouth-watering Iranian lunch at one of the traditional restaurants of Shiraz.
This gorgeous city in the province of Fars is home to famous poets such as Hafez and Sa'adi and historical sites from different eras stretching back 6,000 years ago can be found. Hafez is one of great poets who impressed everyone with his mastery. His poems give us a special feeling and the peace in his tomb is really outstanding. Sa’adi is a poet, philosopher and mystic who is known as the father of an alternative tourist. About seven previous centuries he travelled to different countries and cities. Then he collected all his experiences in verse and Rhyme prose in two books named Boustan and Golestan. These two books give you Lots of inspiration and information. We will get a chance to pay homage to tombs of these great poets.
In the evening, we will visit Ali-Ebn-e-Hamzeh and be prepared to marvel at its beauties. Take a stroll through the Jahan Nama Garden and witness its tall and proud cedars. Finally visit the Delgosha Garden and Khajoy-e-Kermani tomb from where the perspective of the mysterious city of Shiraz will perpetuate in our mind.

Day 4: An excursion to Persepolis and Necropolis
Our excursion for Today is Persepolis. Founded by Darius I in 518 B.C., Persepolis was the capital of the Achaemenid Empire. It was built on an immense half-artificial, half-natural terrace, where the king of kings created an impressive palace complex inspired by Mesopotamian models. The importance and quality of the monumental ruins make it a unique archaeological site. It seems that Darius planned this impressive complex of palaces not only as the seat of government but also, and primarily, as a show place and a spectacular centre for the receptions and festivals of the Achaemenid kings and their empire such as Nowruz.
The next is Necropolis. Opposite the mountain of Rahmat, ten minutes driving to the north, proudly stands the Necropolis, the magnificent burial place of Achaemenid kings. The site also provides seven bas-reliefs dating back to Elamite and Sassanid period.

Day 5: Driving to Kerman
Today we will depart Shiraz for Kerman; en route, visit Salt Lake (Maharloo) and Bakhtegan Lake which are important habitats for the scarce birds. Then pay visit to jame' Mosque in Neiriz and Bahram-e- Goor protected area (if you are interested in visiting Bahram-e- Goor protected area we should make pre-arrangements and permission.) and if possible visit the decadent race of Iranian Zebra.
The next site will be Lake Bakhtegan which is a salt lake in Fars Province, southern Iran, about 160 km east of Shiraz and 15 km west of the town of Neyriz. Bakhtegan, with a surface area of 350,000 hectares (1.4 million acres), is Iran's second-largest lake. It is fed by the Kor River. Several dams on the Kor River have significantly reduced waterflow into the lake, increasing its salinity and endangering the lake's populations of flamingos and other migratory birds. Kerman is an old city located in the desert, due to this fact Kermani people are experts of constructing gardens and Qanats (aqueduct). Stay overnight in Kerman.

Day 6: Visiting Mahan, Bam, Rayen
Today we will depart for Bam and along the way have a short stop in Mahan. Mahan is well-known for the tomb of Shah Ne'emat Ollah-e-Vali, the great Sufi leader, as well as Shazdeh Garden (Prince Garden). Shazdeh Garden (Prince’s Garden) is a historical Persian garden located near (6km away from) Mahan which is one of the samples of building garden in the heart of desert. The garden is 5.5 hectares with a rectangular shape and a wall around it. It consists of an entrance structure and gate at the lower end and a two-floor residential structure at the upper end. The distance between these two is ornamented with water fountains that are engined by the natural incline of the land. The garden is a fine example of Persian gardens that take advantage of suitable natural climate.
After that, visit the remains and also the reconstructed parts of the earthquake-stricken Arg-e-Bam (Bam citadel) which still attracts the attention of the enthusiasts. And also other most visited sites during previous years. En route, pay a visit to Rayen castle which is a good replica for Bam citadel. The Rayen castle is a beautiful and wonderful castle which will surely attract you. Stay overnight in Kerman.

Day 7: Drive Yazd via visit Mehriz and Sar yazd
Mehriz is located 30 kilometers south of the city of Yazd. Mehriz consists of one central district and five village centers. According to historians, the name belongs to "Mehrnegar" the beloved daughter of Anoushirvan, the Sassanid King. Mehriz was known, during the late Sassanid era (4th century AD), as a natural pleasant area. One of The most important places to visit in Mehriz is Saryazd.
Saryazd has a castle belonging to Sassanid era which is used as a haven in time of war. Another historical place out there is caravanserai in Saryazd which dates back to Seljuk and Safavid era. It is noteworthy that Saryaz has one of the best pomegranates of Iran. After that we will transfer to Yazd.
Today’s p.m. tour includes visiting Jame Mosque and also Tekiye Amir chakhmagh.

Day 8: Visiting Yazd
Yazd, the oldest adobe city in the world which is surrounded by the 4000m summit of Shirkooh and two majestic deserts of Iran, Dasht-e-Kavir and Kavir-e-Loot. This ancient city is furnished with mosques of stunning beauty. The co-existence of the splendid fire temples and the holy sites of different religions astonish every visitor. In the afternoon the Fire Temple, Towers of Silence, the wind Towers in old part of the city will be visited. Drive to Isfahan. Stay overnight in Isfahan.

Day 9: Visiting Isfahan
Isfahan, the legendary city which never fails to enchant its visitors, is the pearl of traditional Islamic archeology. This city is revived by the works of contemporary artists. Isfahan prides itself in having fascinating historical garden palaces.  Legend has it that the city was founded at the time of Tahmoures or Keykavous and because of its glories has been entitled “Half the World”. Our full day tour includes the famed Imam Square (Naqsh-e-Jahan), a huge square second in the world to Beijing's Tiananmen Square. Tour the architectural marvels of Sheikh Lotfollah and Imam Mosques, Aliqapu Palace, Chehel Sutoon and Hasht Behesht Palaces, and also visit one of the most famous bazaars in Iran, where we can purchase the arts & crafts for which Isfahan is so well renowned. Stay overnight in Isfahan

Day 10: transfer to airport & depart Iran
We will be transferred to airport and Depart Iran the land of warmth and hospitality with fond memories. 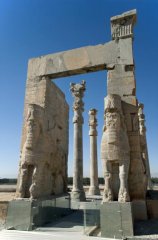 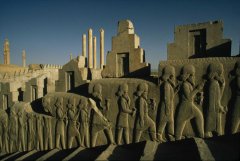 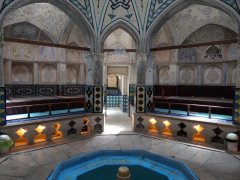 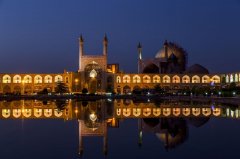 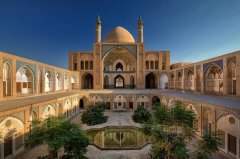