Escape to Iran
Shiraz, Isfahan and Kashan are three important historical and cultural cities of Iran. The main historical monuments located inside these cities or in their surroundings. Escape to Iran is a short scheduled trip which provides a situation for you to visit the main sightseeing of Iran in just 5 days.

Day 1: arriving in Shiraz
Upon your pre-dawn arrival in Shiraz airport, you will be cordially received by our representative carrying our logo show card (transfer information) who will direct and transfer you to your hotel. You will have time to rest and relax before our morning tour of Shiraz commences. Shiraz has a reputation as an enlightened city that has been at the centre of Persian culture for more than 2,000 years, and was at one time the country's capital. Shiraz is crowned as the heartland of Persian culture and this city of sophistication will never fail to conjure up images of roses and nightingales, gardens and poetry. Early in the morning, relish in the highlights of Shiraz when it was the capital of Iran during the Zand Dynasty. Be inspired by the glorious Karim Khan palace, the splendid Vakil mosque, Vakil Bazaar and Saray-e-moshir with its splendid architecture and interesting ethnic souvenir shops, Nasir Almolk mosque.  Next, we will stop for a mouth-watering Iranian lunch at one of the traditional restaurants of Shiraz.

This gorgeous city in the province of Fars is home to famous poets such as Hafez and Sa'adi and historical sites from different eras stretching back 6,000 years ago can be found. Hafez is one of great poets who impressed everyone with his mastery. His poems give us a special feeling and the peace in his tomb is really outstanding. Sa’adi is a poet, philosopher and mystic who is known as the father of alternative tourism. About seven centuries ago, he travelled to different countries and cities. Then he collected all his experiences in verse and Rhyme prose in two books named Boustan and Golestan. These two books give you lots of inspiration and information. We will get a chance to pay homage to tombs of these great poets.

In the evening, we will visit Ali-Ebn-e-Hamzeh and be prepared to marvel at its beauties. Take a stroll through the Jahan Nama Garden and witness its tall and proud cedars. Finally visit the Delgosha Garden and Khajoy-e-Kermani tomb from where the perspective of the mysterious city of Shiraz will perpetuate in our mind. At night have dinner in a restaurant with specific atmosphere in the north of Shiraz.

Our visit for today is Persepolis. Founded by Darius I in 518 B.C., Persepolis was the capital of the Achaemenid Empire. It was built on an immense half-artificial, half-natural terrace, where the king of kings created an impressive palace complex inspired by Mesopotamian models. The importance and quality of the monumental ruins make it a unique archaeological site. It seems that Darius planned this impressive complex of palaces not only as the seat of government but also, and primarily, as a show place and a spectacular centre for the receptions and festivals of the Achaemenid kings and their empire such as Nowruz. The next is Necropolis. Opposite of Rahmat mountain, ten-minute drive to the north, proudly stands the Necropolis, the magnificent burial place of Achaemenid kings. The site also provides seven bas-reliefs dating back to Elamite and Sassanid period. Then drive toward Isfahan and stay overnight in Isfahan.

Day 3:  visiting Isfahan
Isfahan, the legendary city which never fails to enchant its visitors, is the pearl of traditional Islamic archeology. This city is revived by the works of contemporary artists. Isfahan prides itself in having fascinating historical garden palaces.  Legend has it that the city was founded at the time of Tahmoures or Keykavous and because of its glories has been entitled “Half the World”. Our full day tour includes the famed Imam Square (Naqsh-e-Jahan), a huge square second in the world to Beijing's Tiananmen Square. Tour the architectural marvels of Sheikh Lotfollah and Imam Mosques, Aliqapu Palace, Chehel Sutoon and Hasht Behesht Palaces, and also visit one of the most famous bazaars in Iran, where we can purchase the arts & crafts for which Isfahan is so well renowned. Isfahan’s Jame' mosque holds in itself the passage of several centuries of historical Islamic evolution. This mosque is a gallery of Islamic architecture in which the progress of the architecture from the outset of Islam till recent times is evident. Then we will visit Vank Church which is one of the most beautiful Armenian churches in the world and will undoubtedly capture the attention of every Christian. Our day will conclude with a visit to Monar Jomban, the tomb of a Sufi with its shaking minarets and some historical bridges. Evening is free at leisure. Stay overnight in Isfahan.

Day 4: driving to Kashan via Abyaneh
On the way to Kashan, we will visit the UNESCO recognized village of Abyaneh, located at the foot of Mount Karkas and in the vicinity of desert. Appreciate the serenity of this quaint village with its splendid archaeology and meet the dwellers who speak, live and dress in the original Persian style. Next, hop on to Kashan and visit Tabatabaiha and Borojerdiha houses and some other historical places specially chosen by our tour guide and be acquainted with the previous century’s architecture, the Qajar era. Stay overnight in Kashan.

Day 5: drive to Tehran
Tehran, a modern megalopolis, prides itself in having unique museums with immense and unrivaled collections and artifacts dating from the earliest onset of history to the present era.
Next on the agenda is our very much-awaited chance to savor the distinctive flavor of Iranian cuisine. Lunch will be set in an exquisite traditional Iranian restaurant where we will sample a wide range of delightful Persian dishes and desserts. Then we will explore the capital of Iran, having an image of old Tehran by visiting a Qajarid Palace and modern Tehran by Azadi Tower.
Attention: The priority in sightseeing may be changed due to the time of your arrival, preference of your guide and also official and unofficial holidays of some museums. Transfer to IKA, depart Iran

Notes:
Visa price if applied at least 1 month prior to the group’s departure and from an Iranian Embassy is included in price. In case of emergency visa requirement or visa application upon arrival at the airport (due to some official procedure which needs to be done in Iran), the extra visa fee will be applicable. It is usually between 20 to 60 USD per person (according to nationality).
The International flight is excluded from the package price. But, for better performance we suggest you to book international flight directly to Shiraz with the arrival time between 08:00 to 10:00. 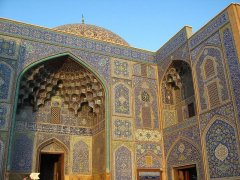 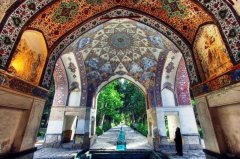 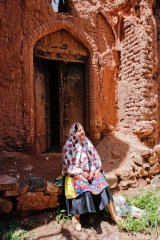 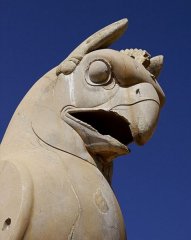 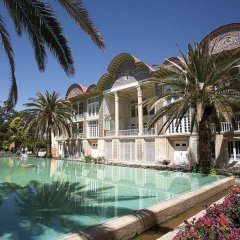 Copyright © 2020 by WWW.ALLVENTURE.COM and powered by BRANDAUER IT-SERVICES and QUALITY WEBSERVICES.